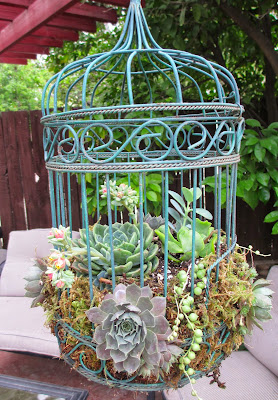 This birdcage has been around my garden for years. How it came to be a part of our garden is a detail which has been long forgotten. I seem to remember it once held a stuffed parrot. For many seasons it has been empty in the garden, hanging from one nail another, or sitting on one table or another. Lately it has been hanging from our pergola. 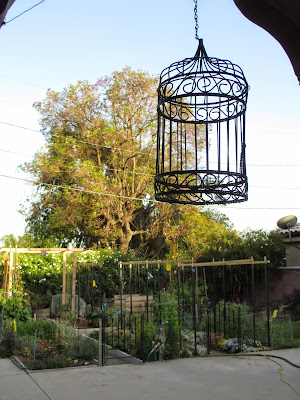 Recently I have seen photos online of wire birdcages holding succulents but I didn't put two and two together. Then the other day I went into a little shop that specializes in succulents, and there were lots of adorable wire birdcages used a planters. That's when it struck me that I have the perfect birdcage just waiting for some succulents.

This is one of those quick and easy projects that gives instant gratification. I bought dried moss and some succulents. I already had some cactus mix so I used that. 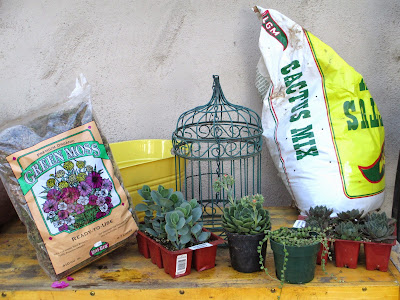 Soaking the moss in water makes it much easier to use. 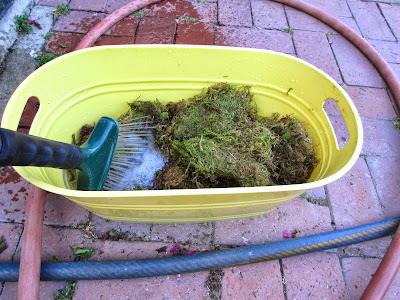 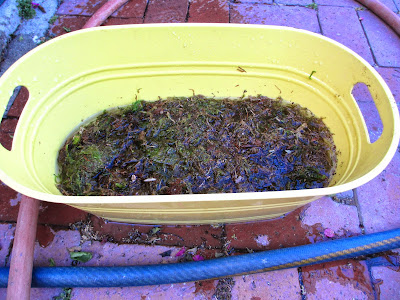 Work with a handful at a time. Squeeze the water out and form it into small flat pieces. 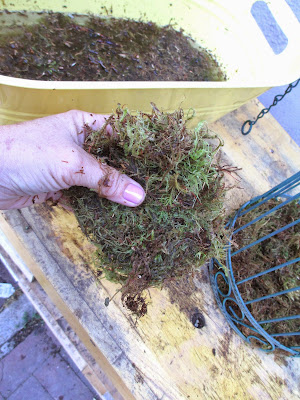 Line the bottom of the birdcage. 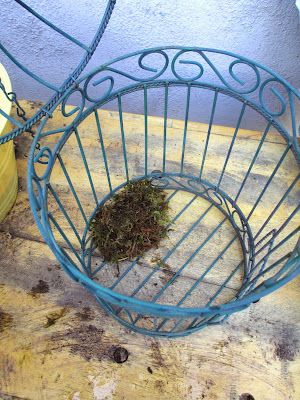 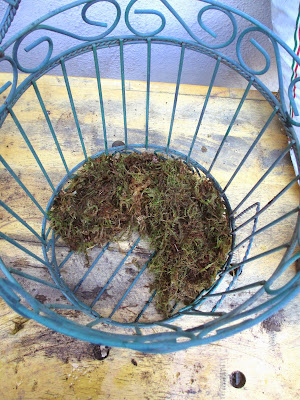 Then line the sides as high as you want to go. Take care to fill any gaps. 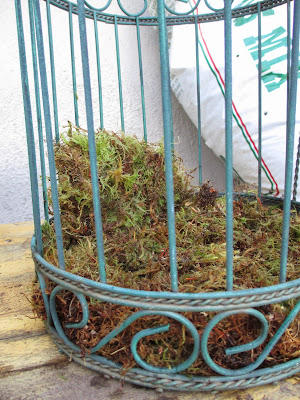 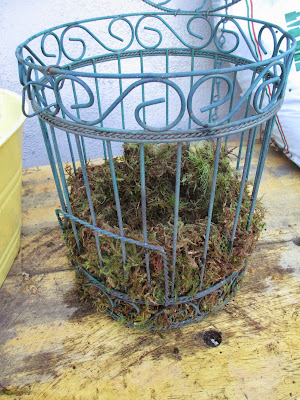 Add the cactus mix to the center then start adding plants. 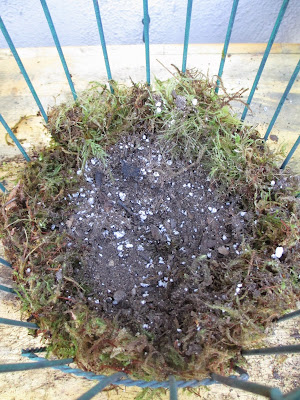 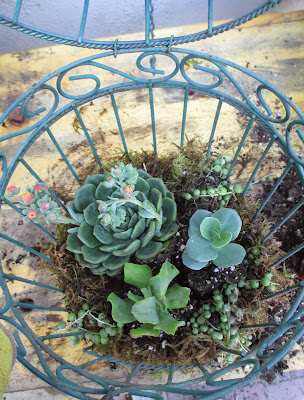 I wanted to add some plants along the side, poking out through the bars of the cage. First I used my finger to make a hole in the moss and soil. 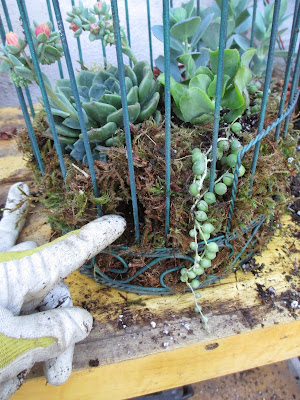 Then I removed as much of the excess soil as possible to make the root ball small enough to be pushed between the bars. 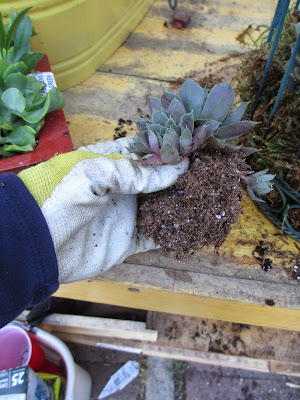 It took some effort, but it squeezed through. 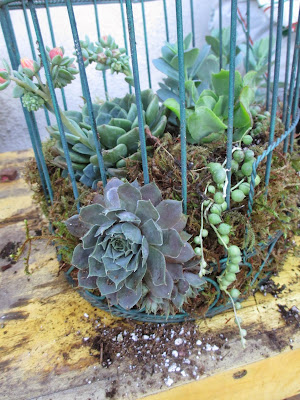 Once all of the plants were situated, I added more cactus potting mix to fill the gaps. All that was left was lightly watering the plants and hanging it. 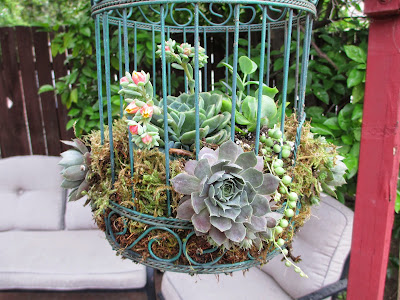 Email ThisBlogThis!Share to TwitterShare to FacebookShare to Pinterest
Labels: succulents

Finding my path through the garden, feeding body and soul.

Promote Your Page Too